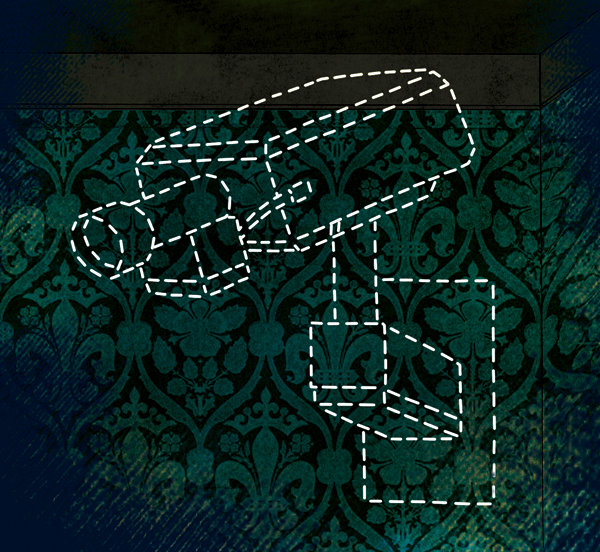 As part of my weekly editorial Illustrations for The Portland Mercury, I was very intrigued by the following brief:

After taking possession of a hard drive believed to contain surveillance video that might have shown precisely what happened outside Darryel Ferguson’s apartment in the wee hours, December 17, police this week now say they couldn’t locate any footage.

Since I was only vaguely familiar with the history of this story, I had to do some research. Then, after working out some ideas, I realized that the approach I wanted to take was to illustrate what WASN’T there in the story, rather than what WAS.