(Scroll down for closeups and process pics.) 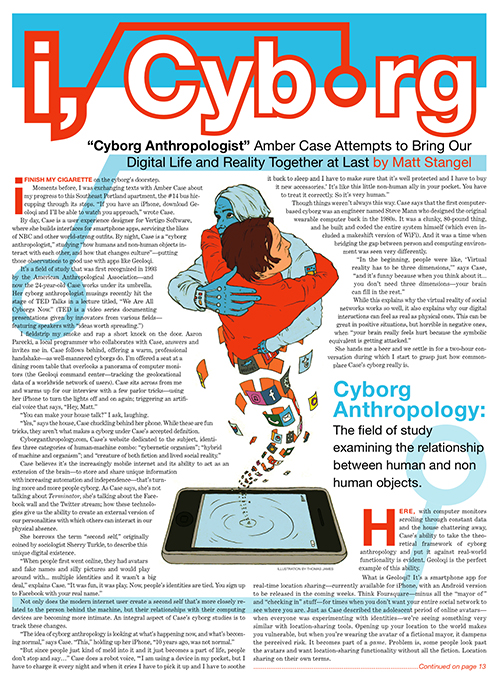 This week I had the pleasure of creating another Illustration for The Portland Mercury, a popular local alternative weekly newspaper. This one is for an article about the theory that many people are so intertwined with technology that we are becoming cyborgs of sorts. The Art Director, Justin “Scrappers” Morrison, wanted an Illustration that drew upon the concept of “second self” that was presented in the article.

If you’re interested, here’s a look at the creation of this piece:

First, Scrappers and I discussed our take on the overall concept we’d like to bring out in the Illustration. Then I retired to my studio and sketched out some very rough concepts. Just enough to brainstorm various approaches to the idea. 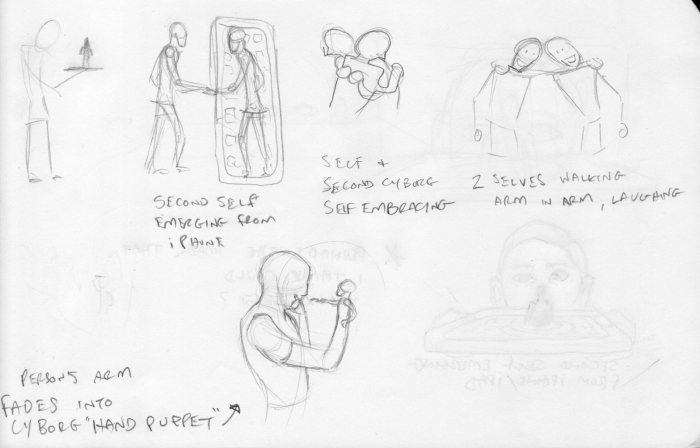 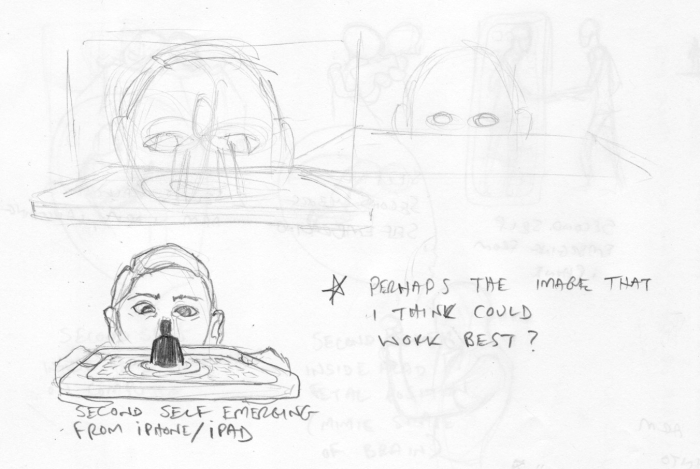 After sending him several ideas, I woke up the next morning with a new image popping into my mind, which I presented to Scrappers as a horribly drawn sketch but with a written description of the way I truly saw it.

Since I had done some work with The Portland Mercury before, I felt more comforable presenting a somewhat abstract idea, rather than trying to show him exactly what I was seeing. I am so grateful that Scrappers picked up on my excitement for this new idea and encouraged a healthy amount of artistic freedom, with a few suggestions to make the technology aspect of the article a more prominent feature of the Illustration.

Here are some reference photos I took to prepare for the Illustration, thanks to my friend Dustin Henson who served as the model. 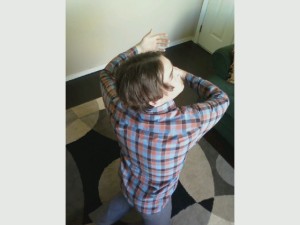 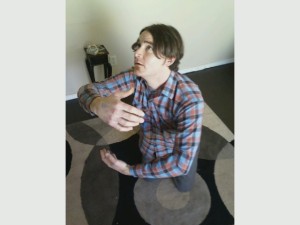 After taking reference photos, I mocked up the basic concept to use as my drawing reference to get the pose just right… 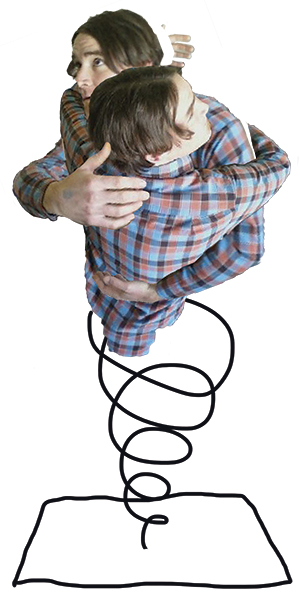 … which led to the final Illustration. (Sorry I no longer have the original drawing to show. I know that’s a real faux pas in a process post, but I gave it to Dustin for his birthday. However, I’m sure you can see plenty of the drawing in the cleaned-up linework.) 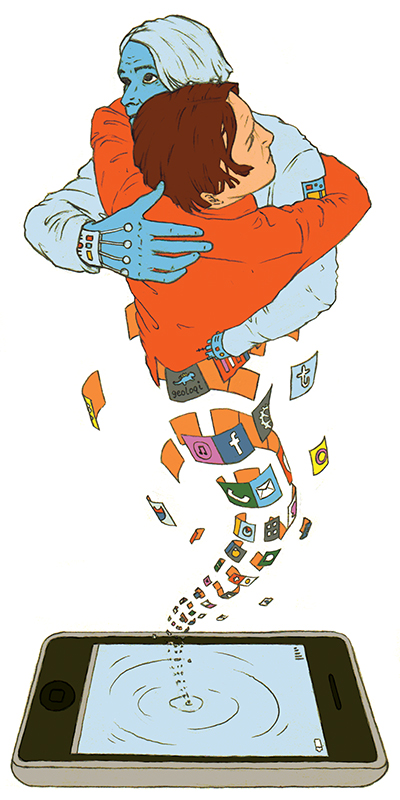 Then, Scrappers proeceeded to take things to the next level with an awesome layout design.

Here’s the full spread that appeared in The Portland Mercury: 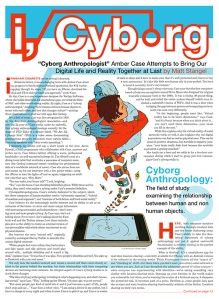 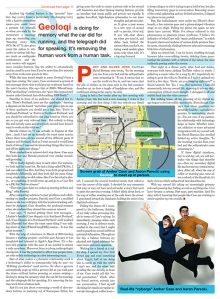 I love it when an Art Director makes my work look even better.